The women involved are probably blaming the govt for this. There isn't enough "chief" to go round, the reason why all ended up banging the same chief. But the govt is unperturbed as they knew there would be more than enough foreign talents to go around in no time. 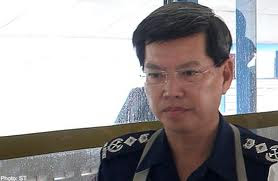 Ten counts of corruption and sex scandals.
That’s what former Singapore Civil Defence Force (SCDF) chief Peter Lim Sin Pang is facing after being charged in court.
The 52-year-old is alleged to have shown favour to potential vendors in return for sexual gratification from women representing different companies.
The three women according to Channel NewsAsia are:
1) Pang Chor Mui, a general manager at Nimrod Engineering (married, in her 40s)
2) Lee Wei Hoon, a director at Singapore Radiation Centre (married, in her 40s)
3) Esther Goh, a business development director at NCS Private Limited (single, age unknown)
The sexual encounters happened between 2 May 2010 to 23 November 2011 when Lim was still chief of SCDF.
Esther Goh is apparently involved in seven sexual encounters with Lim.
Lim could end up in jail for five years and be slapped with a fine of $100,000 for each count of corruption, if found guilty.
However, according to Chinese daily Lianhe Wanbao, the prosecutor has said that only three of the charges will be pursued if Lim pleads guilty.
The three charges are:
1) Receiving oral sex from Pang Chor Mui at a car park at Stadium Walk.
2) Accepting sexual gratification in return for favours from Lee Wei Hoon in Paris.
3) Receiving sexual gratification in exchange for favours from Esther Goh at Marina Bay Golf Course.
The remaining seven charges will be considered by the judge when the verdict is passed, reported the newspaper. It is uncertain whether Lim will plead guilty to the charges. His lawyer said he will consult his client before presenting his case.
Lim's next court hearing is on 5 July.
The Corrupt Practices Investigation Bureau (CPIB), arrested Lim in early January for allegations of 'serious personal misconduct'.
Prior to Lim’s arrest, the CPIB also arrested former Central Narcotics Bureau director Ng Boon Gay for similar reasons.
News of CPIB nabbing both men was first published by the Chinese daily Lianhe Wanbao.
Here's the full list of details published by Lianhe Wanbao: 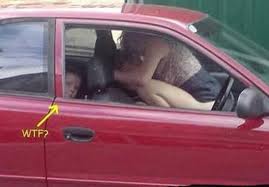 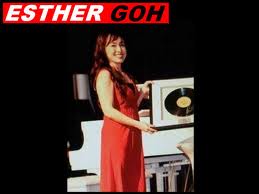 Things are getting hazy at the trials. How do we define "Oral" sex here. Unless any openings on a female body is considered "oral", which will leave no doubt as to the oral sex claim. But if it is restricted to only the mouth, then the next question is, if licking his finger considered oral sex as well? Then all those finger-licking KFC fans should be first to be convicted.

The prosecution may be right here on the oral sex charge. She claimed she didn't lick his dick, but nobody asked the man if he licked her pussy. Unless licking pussy is not considered oral sex, which I doubt so, the pros is right to charge for oral sex. And then again, if both of them used their mouths on each other's mouths, they are absolutely having oral sex. Got it! 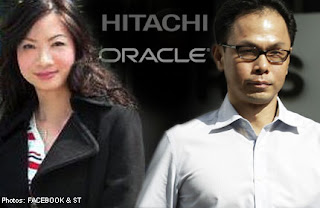 The beautiful Cecilia Sue without her sunglasses on vs. the typical lapdog look of her ex-lover the former CNB chief. Licking your pet's dick is still considered oral sex, I think.

A fortune-teller friend of mine has got these advice for her. Change your surname from Sue to Soo or something else. This is a very inauspicious surname to have and it will do much damage to you and your future, Cecilia. Are you reading this?

With a name like Sue, you are bound to get sued or end up wasting time and money suing others. Also, in Chinese, the sound "Sue" means "to lose". Directly translated it means Cecilia Lose. You have everything to lose if you stick to this awful surname of yours.

You should also consider changing your English name. Cecilia, sound like 'si-si-liau' in hokkien, Translated it means "die-die-already". And if you add the "Lose" behind, you are as good as doomed.