Let me put it this way to Singaporeans.

You serve ns and are put under a 10 years reservist and ippt cycle that can stretch into your 40s while you have to juggle family and work commitments at the same time.

After ns you come out to work and fall in love,married and start up a family.

A wedding cost a lot so most Singaporeans married in their late 20s, mid 30s or even later.

Now we come to the house.
Upon successfully balloting for the house one need to wait at least 3 years for it or you can buy from open market or private developers where price will be even much higher.

Once you get your keys your entire cpf oa will be depleted totally and the rest of the mortage balance will be paid by your monthly cpf every month for a maximum of up to over a decade or 25 years max.

During this time every month of your cpf will not be able to save and accumulate cpf interests because you need to use it to settle house loan.

So 25 years finally finish and your house is fully paid up but by then you will be 55 or into your 60s already.

You want to rest and retire but you can't because your cpf oa account is empty and cpf minimum sum of 161k is set in place to prevent you from cashing out your cpf in full to use to finance your retirement.

So in your 50s or 60s you still need to work until you die or at least for another 10 to 20 years in order to build up your cpf oa account.

By the time you can really rest you will be in your 70s or 80s already.

Most would have met their maker by that age already. Lol How to look forward to retirement bliss?

Also the health could be failing or no one is willing to employ the elderly Singaporeans and what are they going to survive on?

In the end their cpf medisave accounts got wipe out and they either rent their flats out to sustain themselves or sell back their flats and lease to downgrade in order to survive in their dying years.

*This is basically the life story of a common Singaporean.*

And don't forget in the middle of all these one still need to raise up kids and take care of sickly ageing parents and in laws too.

*If anyone can still say Singaporeans are living a blessed life then I clap for you.*

Five Characteristics of a Compulsive Liar

Below is an expert's analysis of a compulsive liar. We take the article and do a match up with the behaviour of our supreme leader, and BINGO, they match perfectly, like a completed jigsaw puzzle.

Compulsive liars, sometimes called habitual liars, will lie for no reason at all, without any motive whatsoever. They tend to lie without premeditation, meaning they are inventing their lie on the spot.

This kind of compulsive behavior is generally considered to be along the obsessive-compulsive spectrum, specifically an impulse control disorder.

Since they are not regarded as skilled liars and since they often improvise, they don't tend to get any better at lying over time, leaving them exposed to a number of noticeable characteristics.

Unnecessary Explanations
Compulsive liars often expand upon answers to questions when there is no reason to do so, adding otherwise pointless detail and other non-sequitars. This is one form of avoiding having to answer a direct question—by expounding on aspects that have no bearing on the matter at hand. 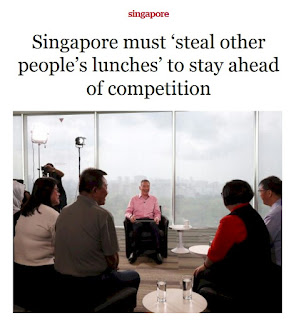 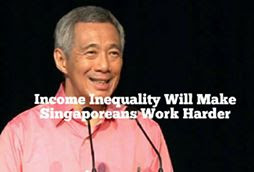 Rapid Subject Changes
Compulsive liars don't always ramble out long and unnecessary answers to questions or descriptions of activities. Sometimes their answers are short and they move ahead to change the topic, often abruptly. It is one way to put into concrete a lie and imagine that the lie has been accepted as truth. 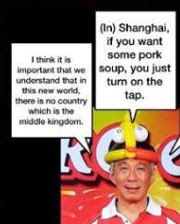 Telltale Body Language
Although a compulsive liar may be able to look you square in the eye and lie, ultimately most prefer to avoid too much eye contact—a trait that many are unaware of. Furthermore, compulsive liars may unconsciously seek to misdirect attention by behaving erratically, in a shifty manner by seeming to move items around on a table or seek to put some distance between themselves and the person they are speaking with. 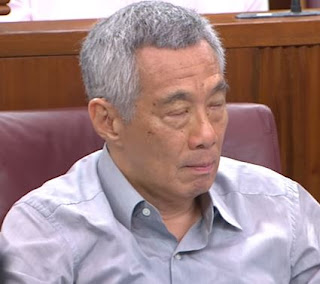 Inability to Keep One's Story Straight
As any cop knows, the problem with lying is that you can easily forget your old lie and tell a new one in its place. The end result is a string of different lies recounting the same event told to different people. Compulsive liars may do this out of convenience or they may be working towards the best version of the lie. They tend to do so without premeditation. 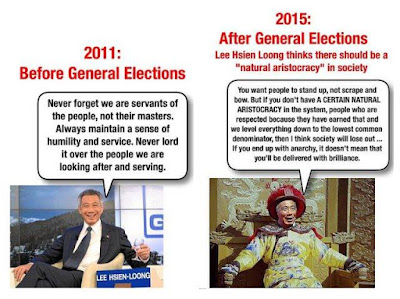 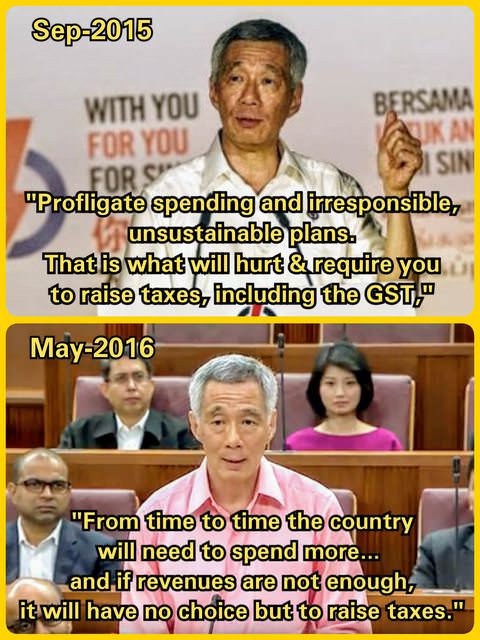 A Readiness to Be Defensive

When confronted with a lie, compulsive liars may choose to become highly defensive (or they may respond defensively because they are being challenged). Liars may do so to buy time and find a way out of the situation, or they may be trying to inflict guilt upon the accuser, as in, how dare they accuse you of lying when all you've ever done for that person is be a good friend. Defensiveness, coupled with misdirection, is a hallmark of compulsive lying. 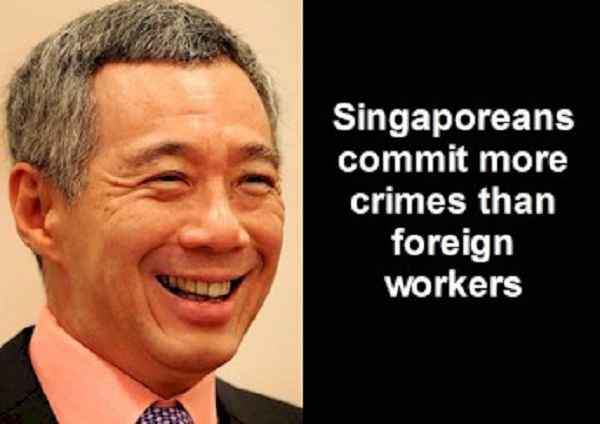 The Biggest Robbery in Singapore

Case -
Initially a response to community for help to the invalid. Gahmen came up with Elder Shield insurance where by paying a premium u will b insured for being a total invalid. I.e. u must hv 3 of these 5  invalid actions. These 5 are, cannot eat on yr own, cannot go to toilet on yr own, cannot walk, cannot move to the bed on yr own n cannot bathe on yr own. Basically saying nearly dead.

For Elder Shield u can opt out of it n do not need to pay the premium. This insurance were ran by three private insurance cos.

Gahmen found out that the private insurance were making huge profit on it. They collected $2.8 billion in premium n only paid out 100 million in claims. Therefore a profit of 99.6%.
This is understandable. How many people do u know in yr whole life that cannot walk, cannot eat n cannot go to toilet on their own  ? Very very little or none at all.

The robbery happened when Gahmen say this insurance is now compulsory for everyone in Spore. And it will start 10 years earlier at 30 yrs old and it will b run by the gahmen herself. They will collect approx avr $500 per person per year. This will work out to approx $ 1.5 billion income n a profit of $1.49 billion every year. Premiums will go up as the years roll by n more n more money will go to Gahmen for doing nothing. When u r half dead, Gahmen will give u $600 n tell u to look after yrself or simply FO.

As Sporeans has no choice but to accede to Gahmen demands, this case is classified as Highway Robbery.
No comments: