Singapore Top The World In Number of Unnatural Deaths?

A woman, rumoured to be a remisier from AmFraser had jumped off the roof of RB Building to her death. Nothing unusual if you remember we discussed in the link below of an average of more than  one suicide per day in Singapore. Some says she was a cleaner. Dead woman tell no tale, so we won't know till we join her one day.

But to do it in the CBD area by someone working there tells us the level of desperation that life in this tiny red dot has become. Many people are suffering quietly, especially those who bought properties at the high and got retrenched or about to get retrenched.

In New York, suicide by brokers are common, especially during an economic downturn, and brokers and bankers just couldn't cope with the situation mentally and emotionally. From the look of this case, Singapore is now getting closer to the first world standard now for suicide.

Things will get worse and there will be more of such cases, as Singapore is now flooded with well-educated cheats and scammers including many from China, UK, Australia and US, coming here to con Singaporeans of their hard-earned monies. 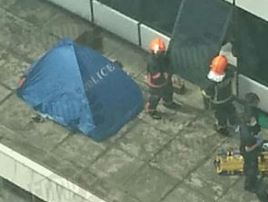 We have been seeing daily in Facebook and Web Ads, young conmen snake-oil sellers telling you how easy it is to many passive income and retire early, how easy it is to make $20k daily, brandishing their sports cars and bungalows along the sea coast, wearing branded products, appealing to the greedy and/or the desperate.

Many of these oversea scammers are collaborating with local ex-sportsmen or ex-TV celebrities to set up stock and forex trading, internet-millionaire, religious courses and seminars. The large crowds they are pulling in, is not a good sign for the future of Singaporeans, as many are going to end up biting the dust.

Coming back to the suicide at RB Capital Building. The police said they received a call at 9.18am directing them to the incident at 63 Market Street, where the Bank of Singapore building is located. They subsequently clarified that the woman was found at the adjacent RB Capital building at 22 Malacca Street. 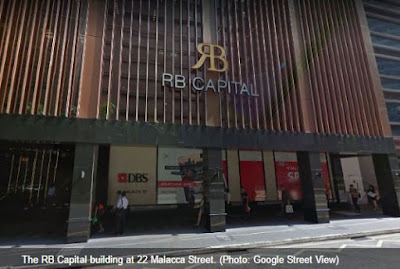 The woman, who was in her 40s, was found on the fourth-floor parapet of the building, SCDF said, adding that it dispatched an ambulance and a fire engine. The woman was pronounced dead by paramedics at the scene, SCDF said.

Police said they have classified the case as an unnatural death and are investigating. Most suicides in Singapore are classified as unnatural deaths, as legally speaking, only when the person left a suicide note or a message saying he/she is going to jump now, that it is considered as suicide. Now you know why the govt's suicide stats is not accurate? 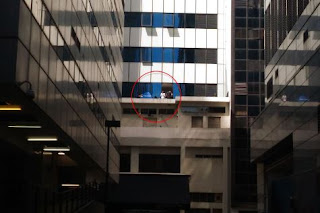 Although on average about 400 suicides a year, but in reality the number is much higher, as seen from this woman's case. And here, a few days before this case, another woman also in her 40's, found drowned in the sea, and as usual, classified as unnatural death. LINK I won't be surprise that Singapore already achieved another top of the world performance in number of unnatural deaths. 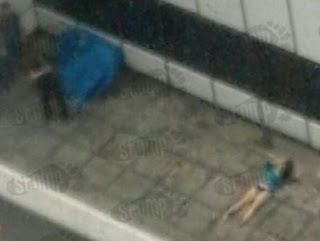 In the pic, she appeared to have jumped off without her skirt or pants, but she was actually wearing a pretty short dress that seemed to have rolled up as she fell. She probably fell from 2 or 3 storeys above, as there were no blood stains near her body. More likely died of heavy knocks than being crushed by a heavy impact that would have been rather bloody.