Why is Grace Fu so Disgraceful ?

Minister Grace Fu's Facebook page was littered with expletives and insults after Joseph Schooling's greatest moment ever for Singapore. What an irony! The reason is because Grace had pushed hard to ban live telecasts of Olympics events to save cost. Something that would have prevented Singaporeans from watching this historical moment of Schooling. Read more of these insults and have a good laugh..... 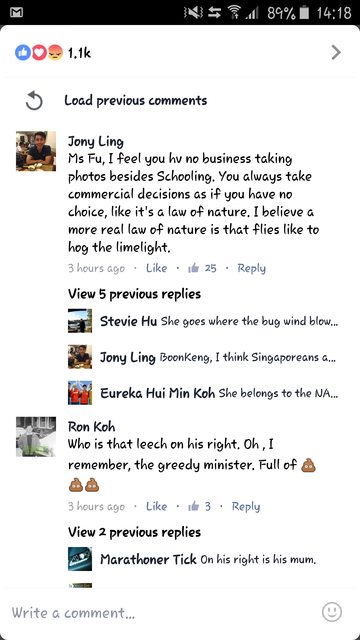 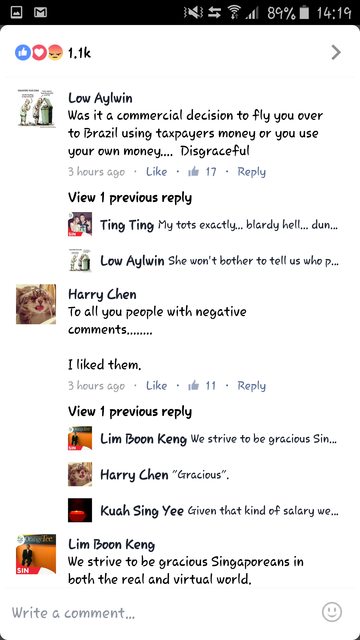 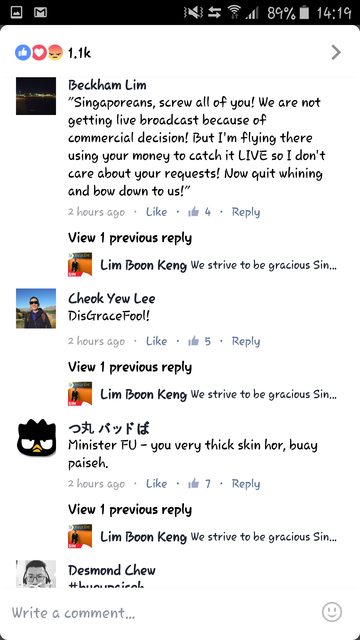 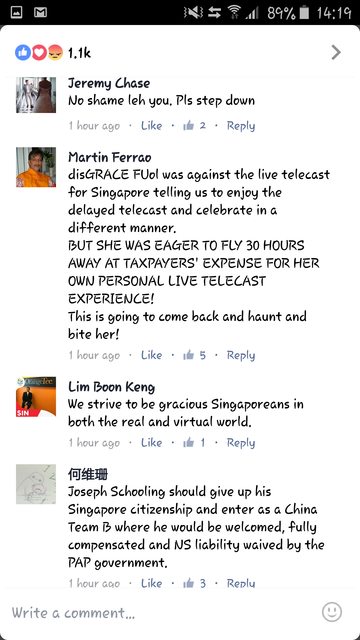 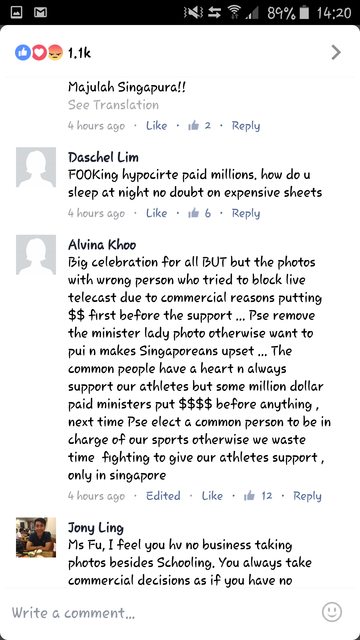 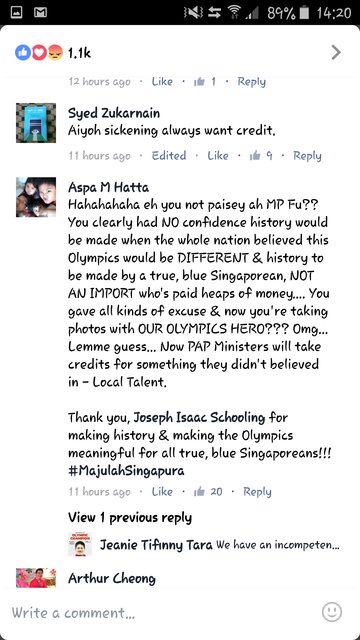 This woman is hell of a thick skinned ! What is she doing in Rio or for that matter the other politicians and Tony Tan and wife .. all tax payers' expenses of course. I am ashamed of women like TB Wah, that F Fu and others that are there as parasites ! enjoying Rio .
I am proud of Schooling, a true blood 3rd generation Singapore ! where are all the multi-million foreign talents ? It only shows that there are local talents. Don't waste time and tax payers money picking up outcasts from China to represent Singapore.
Schooling's parents must have spent a huge sum to send an only child to the USA at 13/14 years old. They believed in Joseph and provided everything for him to achieve his dream. The govt did nothing !
He was never groomed nor supported by any PAP-managed scholarship. His mother had to almost beg Mindef to defer his NS !
Now I bet all the politicians will take turn to have photo taken with Schooling. They are basking on Schooling's success ! how thick skinned ! 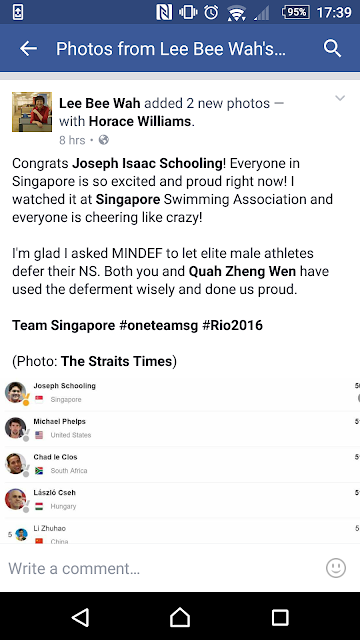