Foyce Le Xuan, the 29-year-old actress and singer alleged to be in a sex video with Singaporean director Jack Neo, presented four points of evidence to prove that she was not the woman featured in a photograph of the supposed video.

On Wednesday, Chinese evening daily Lianhe Wanbao reported that a mystery person had threatened to publish a video of Jack Neo in bed with Foyce unless the director went public with his comments about his alleged affair with Foyce.

The email received by the Chinese daily came with a photo said to be a still frame from the footage. 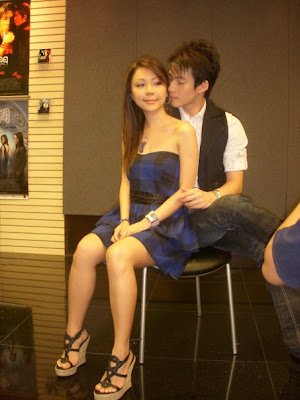 1. She said that the woman in the photo had a flat foot, but she did not suffer from that condition.

2. The woman in the video still was also observed by Foyce to have size seven feet, but Foyce said that she only wore size three shoes.

3. She also pointed out that the woman in the image had very "clean" legs, which were devoid of scars or blemishes. She then showed the newspaper that she had two moles on her right calf.

4. She also observed that the woman in the photo was of a larger build than she was.

She noted that while the woman in the picture was not fat, her stature was not as petite and the difference was "rather obvious".

Foyce, who had denied that she was ever in an affair with Jack Neo, speculated that whoever sent the threatening email was out to spoil hers and Neo's reputations.

She also told Shin Min that she had made a police report about the matter. 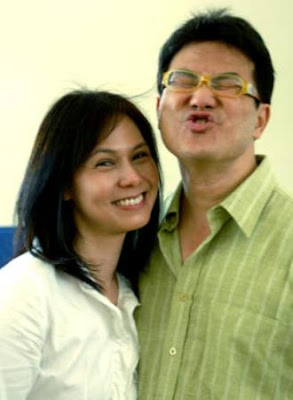 Neo's manager, who had spoken to Shin Min, also confirmed that the director had received the email and video still.

However, Neo will not be making a police report or comment on the matter. His manager declined to give reasons why.