Malaysia Agree To Give Up Railway Land in Singapore 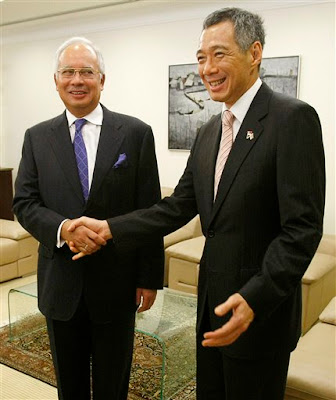 SINGAPORE, May 24 - Singapore and Malaysia said on Monday they have resolved long-standing disputes over land and water that have plagued ties between the two neighbours for the past 20 years.

Malaysia will relocate its railway station near Singapore's central business district to an area close to one of the two bridges linking the two countries, freeing up land in the city-state for redevelopment.

Malaysia has sovereignty over the site on which the Tanjong Pagar station is located, as well as land on both sides of the railway tracks that run through Singapore, under agreements dating back to British colonial rule.

Singapore said in turn it would not seek to extend a water agreement dating back to 1961, which allowed the city-state to buy water from the southern Malaysian state of Johor at below-market rates.

Singapore will also hand over the waterworks it operates in Johor to the Malaysian state government when the current agreement lapses.

The agreement between the two countries emerged after a meeting between Malaysian Prime Minister Najib Razak and Singapore Prime Minister Lee Hsien Loong.

"It's a big breakthrough. It paves the way for closer ties now that long-standing sore points have finally been resolved," said Citigroup economist Kit Wei Zheng.

The two countries said the Malayan Railway land will be developed by a joint venture between Malaysian sovereign wealth fund Khazanah, which will hold 60 percent, and Singapore state investor Temasek