Singaporean boy turned into a Monster 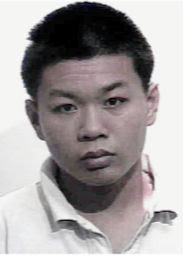 Two years ago, Singaporean Koh Kim Swee, now 23, hit his mother on the head with a hammer and was jailed 15 months.

The unrepentant son hurt her again two months ago.

He slashed his 49-year-old mother's forehead with a 19cm-long knife along the common corridor outside their flat at Jurong East Street 21 on March 18 - over a trivial matter.

On Thursday, he was jailed 30 months and ordered to be caned six strokes after he admitted to the charge earlier this week.

Deputy Public Prosecutor Prem Raj told Community Court Judge May Mesenas that Koh confronted his mother who was then mopping the floor of the living room and demanded why she had washed his cup.

When she denied this, he scolded her repeatedly and insisted that she had washed his cup when he had ordered her not to.

Koh became increasingly agitated and aggressive and started to shout at his mother.

Lee then decided to leave for her own safety as she knew from past encounters that he would do something to harm her.

Just as she was stepping out of the corridor, Koh, who was wielding a knife in his right hand, slashed her on the left side of her head.

When he tried to slash her again, she managed to stop him by holding on to the blade of the knife, injuring her left hand and arm. Her screams alerted her neighbours.

Lee ran to the lift lobby and sought the help of her neighbours on the first floor. She was treated in hospital for cuts and her head and left arm.
- Straits Times/ANN