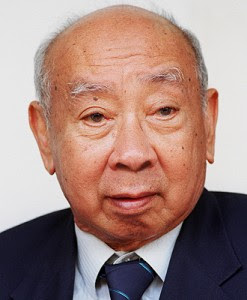 He had one word to describe the state of the economy when he became finance minister in 1959: ‘Wretched’.

Dr Goh Keng Swee will be remembered, above all, for his role as one of the prime architects of Singapore’s economic success. Many of the key milestones in Singapore’s journey from Third World backwater to globalised, First-World city can be found in the story of his life, vividly portrayed in the new book Goh Keng Swee: A Portrait by his daughter-in-law Tan Siok Sun.

The son of a rich Malacca family – his father, Goh Leng Inn, was a manager of a rubber plantation, his mother was from the family that produced famous Malaysian politicians Tun Tan Cheng Lock and his son Tun Tan Siew Sin – Dr Goh joined the Department of Social Welfare in 1946, and was active in post-war administration.

He resigned from the civil service in 1959 to enter politics and was elected as the People’s Action Party representative for Kreta Ayer, his constituency until he retired in 1984.

Upon Singapore’s independence in 1965, Dr Goh also became Minister for the Interior and Defence until 1967, assuming responsibilities for strengthening Singapore’s military and domestic security capabilities. A key policy was the creation of National Service, a mandatory conscription system for able-bodied young males.

In 1979, Dr Goh moved on to the Education Ministry, where his Goh Report greatly influenced the development of Singapore’s education system, introducing key policies such as streaming and religious education.

Dr Goh retired as Deputy Prime Minister in December 1984, due to personal reasons.

The body of the late Dr Goh will lie in state at the Parliament House from May 20 to 22, for the public to pay their last respects.

It was one of those sweltering days in May when the PAP candidate for Kreta Ayer and his canvassers went campaigning in the squatter slums and labyrinthine lanes of gu chia chwee ('bullock cart water' in Hokkien), the colloquial term for Chinatown.

Dripping in sweat and hoarse from making incessant pleas to residents to vote for the party, the group was relieved when Goh Keng Swee stopped by a sugar cane stall. As they huddled around the oasis expectantly, the former senior civil servant placed 10 cents, gulped down his drink and mumbled 'I have paid for my drink. If you want to have a drink, go ahead', before walking away. They were stunned.

'We looked at him, the stallholder looked at us. We thought he would be giving all of us a drink.' Chan Chee Seng, who accompanied Goh on his 1959 election rounds, was recounting yet another anecdote about the legendary thriftiness and frugality of Singapore's famed finance minister.

If that was not ample proof of Goh's parsimony, Chan found it when he rode in his car, a rattling Vauxhall which had seen better days. It was with a gasp of disbelief when he realised that part of the vehicle's floor panel had corroded to such an extent that 'you could see right through to the road'. 'You see,' he shook his head, 'Goh did not even want to pay for a rubber mat to cover the gaping hole, let alone repair it!'

S R Nathan, who worked with Goh in the defence ministry in the 1970s, said that Goh was so averse to spending that whenever he travelled overseas he would carry soap flakes to wash his underwear in the hotel bathroom. Former diplomat Maurice Baker visited Goh in his hotel room during a trip one day and saw him drying his one and only piece of underwear on the heater.

To today's Singaporeans, these penny-pinching habits would seem ridiculous and laughable but they formed the hallmark of PAP's founding fathers. Thrift was their name. Nothing was more repulsive than waste and extravagance. 'I can count the number of treats they gave me on my fingers,' Chan reminisced with a grimace. 'If a minister offered us a cup of coffee, it meant a cup. He would not offer another cup and we wouldn't dare ask.'

If you could not get a treat from them, it was even less likely you could get a loan. That Shakespearean maxim 'Neither a borrower nor a lender be'' would sum up their attitude towards money to a T. As an up-and-coming lawyer, Lee Kuan Yew would often receive an appeal for a loan and his Hamlet-like reply would be: 'I am afraid I will not be able to make you a loan. It is against my principles to lend money to a friend because I have found from my personal experience that when I gain a debtor, I lose a friend.'

On that sultry day in Kreta Ayer, Chan and fellow party members felt much disconcerted by Goh's close-fistedness. Now with the benefit of hindsight, Chan realised that it embodied the qualities that made the man such a great steward of Singapore's hard-earned finances. 'He wasn't squeezing us. He just didn't want to squander money. Every cent counted. We were lucky we had ministers like Dr Goh. That's why Singapore could save a lot of money and become one of the most affluent countries in the world,'' ruminated Chan.

Toh Chin Chye was lost in thought on a drive around the city in 2003.

Many of the gleaming towering edifices were unrecognisable to him.

What on earth was that, he asked pointing suddenly to the spiky durian-shaped structure on Marina Bay. As the car cruised around the Rochor Road area where he used to be member of parliament, the sight of the teeming crowds at Bugis Village snapped him out of his reverie. 'For what you have now, you've got to thank Dr Goh,' he blurted out.
--------------------------------------------
IN FEBRUARY 1986, GKS left his government home, where he had lived for 25 years, and moved into a rented apartment in the Orchard Road area.

It was not the only adjustment GKS had to make in his post-retirement years. Over the years, he had grown apart from his wife, Alice, and the decision to separate finally from her was perhaps the most painful of his life.

He had agonised over this matter for a long time, and when he told (his son) Kian Chee of his intentions, he also instructed his son to look after his mother's emotional well-being.

To ease the transition, Alice would remain at their government-owned house at 15, Goodwood Hill temporarily, and would also receive a generous financial settlement.

GKS also dissolved the family company in which he, Alice, Kian Chee and (grandson) Ken-Yi were equal shareholders, and he transferred his sole property in Upper Thomson to Alice as her residence.

In due course, GKS and Alice were divorced, and he married Dr Phua in August 1991.

There was encouraging news as well. GKS had a full remission from his bladder cancer, and in the early years of his second marriage, he seemed genuinely relaxed and happy.

He had been a tea-drinker all his life, and his daughter-in-law was surprised to see him switch to drinking coffee. It was almost as if he had a new lease on life. He became more cheerful, his sense of curiosity restored.

GKS travelled regularly with Dr Phua to Thailand, Australia and China, and he was prepared to try new experiences he would never have considered before.

It was as though, with the removal of ministerial responsibilities, he had started to live life again as a private citizen.

'Such other pursuits that you undertake, such as exercise, golfing, is really to make you more fit to work. Even listening to music is just to clear your mind so that you can address your mind to work problems more effectively. So we just get encapsulated in this business.'
----------------------------------------------
N 1939, GKS joined the War Tax Department as a tax collector. The nucleus of the department came from the Estate Duty Department, and consisted of Edwin Tongue (Collector-General), Dudley Tudor (Collector), G.E.D. Lewis (Public Relations Officer), Tony Loch, J.G. Rappaport, GKS and Lee Siow Mong.

Lewis was to comment later: 'Two Chinese Raffles College graduates straight from College: one of whom was Goh Keng Swee, who was not particularly good at tax collecting - indeed Tongue proposed to terminate his services, but he was saved from that fate by the Japanese invasion, and later on went to become Singapore's Finance Minister, and a successful administrator; and the friendly Lee Siow Mong.'

The Department's office was situated on the ground floor of the Victoria Memorial Hall, and this would be the place where love would blossom for GKS: his future wife, Alice Woon, worked in the same department as a clerk-cum-secretary.

Alice was the younger of two daughters of Woon Chow Kit, a clerk with the Federated Malay States Railway, who hailed from Kuala Lumpur. Woon was married to a self-effacing Japanese lady (Alice's mother), Shimiko Togami, and was posted to Klang, Selangor, residing in staff quarters provided by the company.

Alice had only just completed her Senior Cambridge examinations (the equivalent of the O-level examinations) and was looking to join her older sister, Mabel, who was already working at the War Tax Department as a secretary to Lee Siow Mong.

Mabel stayed with their paternal uncle Philip Woon at Genting Lane whilst waiting for Alice and their mother to be relocated to Singapore.

However, at Alice's job interview, Tudor, being the person who interviewed her, felt that at 16, she was too young for the job and eventually selected instead Ong Kim Leng, who was a few years older.

Alice had other ideas. Possessing a feisty disposition, Alice was never going to take no for an answer. She managed to persuade Tudor to let her be put on probation, and Tudor succeeded in convincing his superior Tongue, who was notorious for his bad temper.

Alice's starting salary was $30, as compared to Mabel's monthly wage of $40; but as fate would have it, she would be compensated with something unexpected - she found herself being put to work in the typing pool, located right in front of GKS's office.

GKS was in the habit (though he was still a young man) of misplacing his spectacles and, on one occasion, he called out, 'Miss Woon, have you seen my spectacles?'

Alice replied, 'Mr Goh, they are right on top of your nose!'

Embarrassed, GKS muttered his thanks, before readjusting his glasses and taking a good look at the secretary who had located them.

The courtship between GKS and Alice stretched over several months, and most of their dates consisted of rickshaw rides to Mooi Chin Restaurant at Middle Street, ice cream at the Luna Cafe near the Cathay Cinema, or movies at the Alhambra Cinema on Beach Road.

GKS and Alice were always joined by Mabel and his nephew Tan (Hin Jin), the former being instructed by her mother to jaga (keep an eye on) her younger sister.

This story was to have more than one happy ending: Mabel subsequently married Tan, and so Tan, who was related to Dr Goh by blood, now became his brother-in-law.

(GKS was 24 and Alice was 17 when they got married on his birthday, Oct 6, 1942, at the Kampong Kapor Methodist Church. World War II had broken out and Singapore was occupied by the Japanese. The couple's wedding dinner was a small at-home affair with 30 guests.)