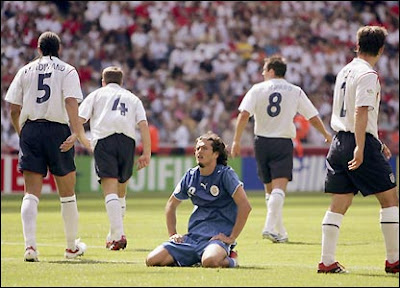 david222
Maybe this is just another childish ploy of our Singtel and Starhub to remind Football Fans that they worked so hard to secure this deal..... so now you guys should understand and pay them a little bit extra if we want to watch! Let me remind you that Singtel is supposedly at loggerheads with Starhub!!! And why on earth are they sending this news out together? This is so despicable! They are treating us like idiots being fooled by them!

Look how crap Singapore can be. Lucky I'll be in Indonesia during that period of time. Crap Singapore.

Publeak:
I think dealing with FIFA's greed is the most important task here.
Starhub and Singtel should withdraw their bids and let MDA handle the
negotations. MDA should be held accountable as they continue to
collect TV licence fees and has control over the media companies. MDA
should change its policy on free to air TV reception and allow
satellite dishes for both private and public housing . HDB can also
boost TV signals for all free to air channels including both
indonesian and malaysian free to air TV channels. Developing
alternative sources is the best way to deal with FIFA.

truth:
There should not be any TV license fee at all.
Why should Singaporeans be slugged with another
fee when the country is so rich with US$600 billion
hidden away from them ?
This incident clearly showed the weakness and
danger of the papist model.
Their elites are so selfish in protecting their personal
turf to the detriment of the country and citizens.
All papist elites are suspect. Are they there to serve
Singaporeans or are they there to help themselves to
$billions ?
The papist elites screwed up and Singaporeans are
deprived of their rights to watch the world cup.
This is an absolute disgrace.
The papist elites screwed Singaporeans to benefit
foreigners.

The statement said that this was in spite the fact that the bid 'would provide Fifa with an increase in value from four years ago for the rights to the 2010 Fifa World Cup, while ensuring that it would remain affordable to the broadest number of our customers'.

'In an attempt to reach a value that is acceptable to Fifa to bring World Cup to Singapore, the price offered to Fifa would sacrifice all World Cup margins for both SingTel and StarHub while keeping the price affordable for consumers,' the statement went on to say. 'However, we have yet to reach an agreement with Fifa.'

Earlier this month, The Straits Times reported that at least 202 countries have received the green light from Fifa to beam June 2010's World Cup football matches in their territories, but not Singapore.

It was thought at that time that the two parties had submitted two rival bids but from today's press statement it is clear that it was a joint bid. There is big money riding on these broadcast rights.The matches are expected to attract a total of 29 billion viewers worldwide.

The only silver lining in the clouds for viewers in Singapore is Fifa's ruling to make four of the most important World Cup games free-to-air. The opening game between host South Africa and Mexico on June 11, the semi-finals on July 6 and 7, and the final on July 11 will be available for free.