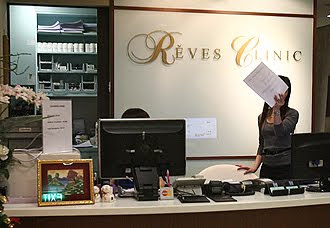 THE Ministry of Health (MOH) has ordered the Orchard Road clinic that performed cosmetic surgery on Mr Franklin Heng, just before he died last week, to cease the type of treatment involved.

Mr Heng, 44, the chief executive of a $1 billion company, was rushed by ambulance to Tan Tock Seng Hospital on Dec 30 but was pronounced dead there despite efforts to revive him.

The former CEO of YTL Pacific Star, a property management firm, had undergone 'liposuction' treatment that afternoon at Reves Clinic. Broadly, the procedure involves sucking fat out of the body.

The divorcee and father of two was said by a close friend to have fretted over 'love handles'.

Police are treating the death as unnatural and are investigating, as is MOH.

'Meanwhile, MOH had already directed the clinic concerned to stop all liposuction and liposuction-related procedures under the PHMC Act,' the ministry said in a written statement. The Private Hospitals and Medical Clinics or PHMC Act governs the operations of private hospitals and clinics like Reves Clinic.