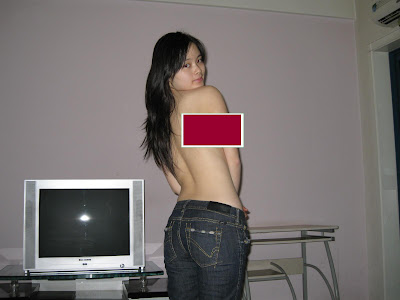 Chengdu Branch of ICBC known as ICBC Shahe branch's female staff Zheng
Xuan creates history, as her leaked s-ex video jammed China's internet
as s-e-x crazy Chinamen scrambled to download the short movie. The girl
was identified as an ICBC staff of the branch as she was wearing the
bank's uniform while having her orgy with her boyfriend. This come on
the heel of the shocking Top China model Zhao Ling sex scandal, where
her ex-boyfriend blew the whistle on her, by leaking their past se-x
video. This case is different in that, it was a case of a lost
handphone, so the boyfriend is innocent. Viewers of the video jokingly
named it as the new Yan Zhao video. One thing for sure, she looks
better than Zhai Ling even without make-up.

视频中女主角遭人肉，是成都工商银行沙河支行的员工郑璇。 Video heroine being meat, Shahe Industrial
and Commercial Bank Chengdu branch employees Zheng Xuan. 因男友手机遗失造成的后果
Lesson learned - never lose your phone if you have sex pictures or
videos inside. Swallow the phone if you have to die.