PAP to keep their mouths shut from now on? 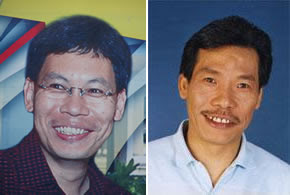 Lui vs. Wong Ching
From: OngBak3
Subject: PAP to keep their mouths shut from now on?
GOVERNMENT communications in the future may not always be in the form
of a press statement and may not even need to be cleared by senior
management.

Acting Minister for Information, Communications and the Arts Lui Tuck
Yew on Thursday challenged some age-old practices as he set out his
vision of what the task of communicating will be like for government
agencies in the years ahead.

Speaking to some 260 information and public relations officers from
government agencies at a seminar, he said the current system needs to
be reviewed: 'I think the Government had always operated on a very
centralised model within the different ministries, within the agencies
and statutory boards - clear everything through to the top and it goes
down and gets disseminated through the right channels.

'Going forward, we have to consider whether this is still appropriate
or whether we need to be more judicious in finding an equilibrium
between centralisation and decentralisation...'

A wider approach was needed to get the message out on the different
channels that the new media wave has thrown up, Rear-Admiral (NS) Lui
said.

He was quick to add that the key to making a decentralised system work
was finding the right people and helping them develop the right skills
and instincts. 'So you need people who are able to respond, stay true
to what you want to communicate and yet do so in a way that does not
seem as if you are only blasting a certain message across...' he said